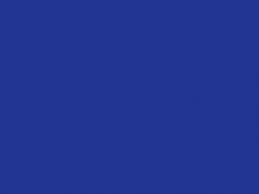 A new study by researchers at Stanford, MIT, and Harvard shows that, when it comes to board directors, networking matters. The report, “Boardroom Centrality and Firm Performance

“Social and economic networks are a central feature of virtually all economic activities. These networks serve as a conduit for interpersonal and inter-organizational support, influence, and information flow. The links between individuals in these networks are the channels by which information is communicated, new relationships are formed, and existing relationships are leveraged.”

They continue, “In this paper, we ask the following question: is there an empirical relationship between a firm’s performance and its position within the corporate boardroom network?” According to the results, there is.

Firms with most networked board directors produced an average risk adjusted return 4.68% higher than firms with less networked directors. Their future growth in return-on-assets is also higher.

The researchers suspected that a more networked board correlate to better performance for a company for several reasons.

First of all, they hypothesized, better networked board members would have more access to information that can mean a competitive advantage. Secondly, it could mean more balanced contracts with other firms. Third, a broader and deeper network could mean more important and useful business contacts with clients or suppliers (or even political favors, they suggest). Fourth, a network can be a means to access business innovations like “corporate governance mechanisms, efficiency enhancing technology, and innovative compensation structures.” And fifth, boardroom connections can “facilitate collusive competitive behavior” that can produce economic benefits for aligned firms.

But there were some drawbacks to having a highly connected firm as well. For example, just as a network may be efficient in spreading innovative business practices, it could be equally efficient in spreading bad ones. The researchers site options backdating as an example. Secondly, highly networked directors are likely serving on the boards of more than one company. That means less time and attention to give to each firm. Thirdly, networks can be an efficient channel for misinformation. And fourthly, highly networked directors may lead to collusion – and while this can present business benefits, “the resulting regulatory, litigation, and reputation costs can produce substantial losses of shareholder value.”

Larcker, So, and Wang mapped the network of 115,411 directors between 2000 and 2007, and then calculated how networked each firm in the sample was, based on “four standard measures of centrality: degree, closeness, betweenness, and eigenvector centrality.”

It turns out that the potential benefits of being highly networked outweighs the potential risks. The researchers also add that they are unable to define the relationship between being networked and making higher returns as causal. Maybe high performing firms attract better networked directors because they are doing so well.

Nevertheless, they suggest, “We interpret the positive centrality-return relation as evidence that, all else equal, firms on average experience a net benefit from a more central position in the board of director network and that equity prices under-react to this information.”

This research should be a reason for companies to think carefully about the importance of diversity on boards. A diverse boardroom will open companies up to broader networks of information and relationships, which could produce even greater returns. By hiring a broad range of deeply networked directors, companies may be able to boost their success.